The UK has spent the last few years dealing with difficult political, social and economic situations, including Brexit, the Covid-19 pandemic and the recent, frequent, changes in the prime minister and chancellor. In the midst of these difficult times, there is also the cost of living crisis and the dramatic rise of fuel and energy prices to contend with so it is not surprising that the UK’s economic issues are very concerning. 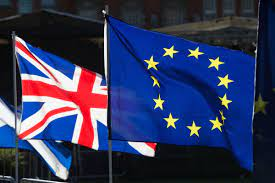 The economic outlook of the UK

In October 2022, the renowned credit rating agency Moody’s downgraded the economic outlook of the UK to Aa3 with a negative outlook. Previously, the economy of the UK had been rated as stable but with the combined factors of the unpredictability of leadership in government, high inflation, reduced economic growth, higher borrowing leading to the increased national debt and a reduction in the credibility of policy making has led to concerns about the UK’s economic stability.

Outlook ratings given by Moody’s usually last around 12-18 months so it is safe to presume that the UK has a bumpy time ahead. There is also a concern that the UK’s credit rating could also be downgraded. However, Moody’s has confirmed that they are currently satisfied that the UK can weather further economic storms due to its strong institutional framework that should respond well to any new shocks. Also, the UK government debt has a long maturity and there is still a strong investor base in the country that adds stability in these unpredictable times.

The Chancellor of the Exchequer, Jeremy Hunt, confirmed in his November autumn statement that the UK is now in recession. It was originally thought that the UK would not enter into a recession until 2023, but as the UK is already in the middle of a very difficult economic period, the OBR (Office of Budget Responsibility) confirmed we have already met the definition for a recession in this country. As household incomes continue to be stretched, interest rates are rising and house prices are falling, there is no doubt we will be fully into a recession by the first quarter of 2023. 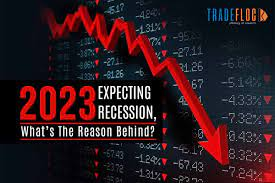 How could economic downturn and recession affect the housing market?

The Chief Economist of Nationwide Building Society has predicted that house prices may fall by 5% as interest and unemployment rates continue to rise and the cost of living crisis continues to affect the incomes and spending ability of the UK population. The upheaval in government in the autumn of 2022 caused many mortgage lenders to withdraw their interest rates, and this has made obtaining a mortgage more difficult for some would-be buyers.

The situation has calmed in the last month, but mortgage rates are still unstable, causing the housing market to slow down which is problematic for potential buyers and sellers. If you are still thinking of buying a property, firms such as Sam Conveyancing and the best conveyancing solicitors Birmingham and elsewhere can help.

The outlook for 2023 is concerning, with a recession becoming a certainty and the cost of living crisis squeezing the incomes of many people. Markets have responded well, however, to the increased government stability of Rishi Sunak and Jeremy Hunt so hopefully, this will continue as we enter 2023.

Why consider a professional for remodelling your laundry room?