Although Manhattan appears in most films, with its skyscrapers, luxury stores, and two- and three-bedroom apartments overlooking Central Park, the reality is more complex.

This Tuesday, three candidates who have a close relationship with the Big Apple will face each other in the primaries of the Democratic and Republican parties.

These represent different faces of the iconic city, where the reality of a $ 100 million Manhattan apartment coexists with the fact that there are 60,410 homeless, the highest number since 1983, according to the Coalition for the Homeless, an organization. based in New York.

Born and raised in a wealthy Queens borough neighborhood, Donald J. Trump embodies the wealth of a city that saw him grow into the powerful businessman he is today.

Although she was born in Chicago, Hillary Clinton has declared that she also feels like a New Yorker, having been a state senator for nine years.

Bernie Sanders, for his part, is the son of a Polish immigrant of Jewish religion who arrived in Brooklyn at the age of 17. The Vermont senator grew up in a simple apartment in the city’s second-most populous county, characterized as one of the most immigrant-welcoming places in the United States.

Just as the three hopefuls for the US presidency speak to a different lifestyle of New York, the city is a concentrate of different social dynamics that are often extremely different from each other. 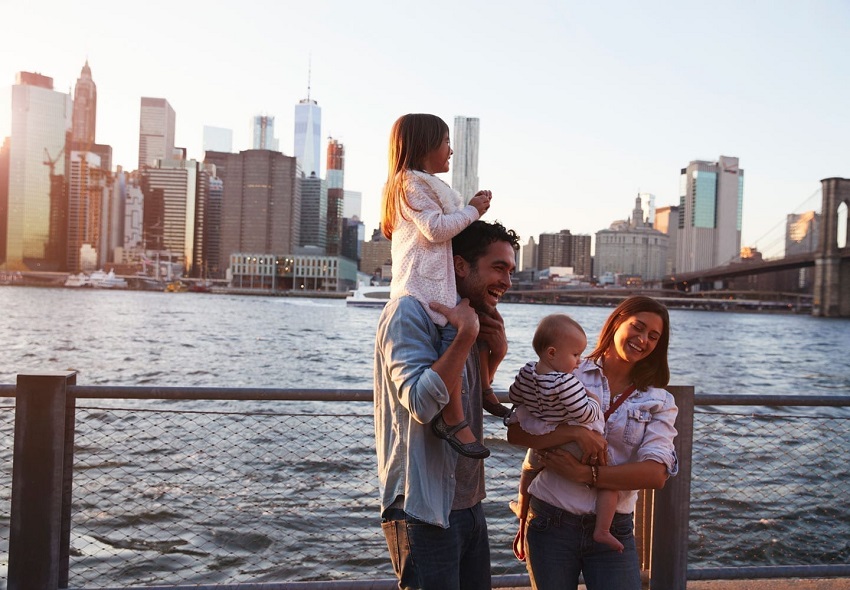 Much safer than three decades ago, New York City is also more uneven now than before.

Cities with the highest number of billionaires in the world

The richest fifth of Manhattan has an income 40 times greater than the poorest fifth, according to the 2010 census.

“The friends I know in Seattle (Washington) can have the same lifestyle as those I have in New York for the US $ 200,000 less a year,” says Dev Sen, a space engineer for NASA who lives in the city of New York for 15 years.

” The idea of ​​New York for the haves and the have-nots dates back to the 19th century. Today, it is an uneven city, an extreme sample of the rest of the country,” explains Cindy Lobel, Associate Professor of History of the City University of New York (CUNY).

For Lobel, who has been in New York for more than two decades, the component that has accentuated social differentiation in recent years is the cost of housing.

The percentage of affordable housing is minimal

“Those who work in the financial sector or on Wall Street have bought million dollars real estate in Manhattan that makes the square meter go up right away,” says Sen.

In 2015, the median price of a two-bedroom apartment in Manhattan was $ 1.8 million.

However, for Dev Sen, it was not money, but disappointment, that led him to move from Manhattan to Brooklyn three years ago.

“Manhattan used to look like that romantic idea we have of it. Now it’s just a money place .”

For Sen, the new real estate projects, restaurants, and shops that have made Manhattan an increasingly exclusive place, hurt the diversity and bohemian atmosphere that reigned less than a decade ago.

“The building where I live was a factory that worked at the beginning of the 20th century. And was fitted out with loft-style apartments a little over a decade ago. Ignacio Urbina, associate professor of industrial design at the Pratt Institute, tells BBC World.

Urbina’s housing is an example of gentrification. A process of urban transformation in which the original population of an area is displaced.  To some extent by another with a higher purchasing power.

The competitive real estate market has limited the aspirations of many. Who is forced to move to more remote areas of the city?

In these areas, in turn, the highest percentage of the black, Latino. And Asian population is concentrated, according to the 2010 census.

Despite the fact that New York is known for its multiple ethnic and cultural diversity. This phenomenon has had the consequence of accentuating racial segregation.

The good between the bad and the ugly

In 2015, 256 movies were filmed in New York, according to the mayor’s entertainment and media department.

What is it that keeps this city charming?

“I think it is still very diverse. My two children study with people of different races, social classes, and cultures. That is something that hardly happens anywhere else,” says CUNY professor Cindy Lobel.

“In the same underground trip, thousands of people with different backgrounds and histories go,” he says.

The cultural life, concerts, and plays are also part of the friendliest side of the city.

“Although Broadway and opera are very expensive, there is a range of events at more affordable prices,” adds Sen.

Although you have to produce a few thousand dollars a month to live well in New York. Residents agree that the sacrifice is worth it.

You may also be interested in a Healthy lifestyle: do’s and don’ts, rules, and advice

How to start living a healthy lifestyle?

What to Look for While Visiting a Teashop: A Guide

Why purchase Korean beauty products for you?